Below is a story from the Artemis Moon Girls program for 9-14 year old girls back in February:

What a gorgeous snowy day we had at the last Artemis. It’s hard to believe that we were under snow just last Saturday and this week we’re basking in the 60s. Guess Spring must be close!! We definitely savored the snowy weather though. 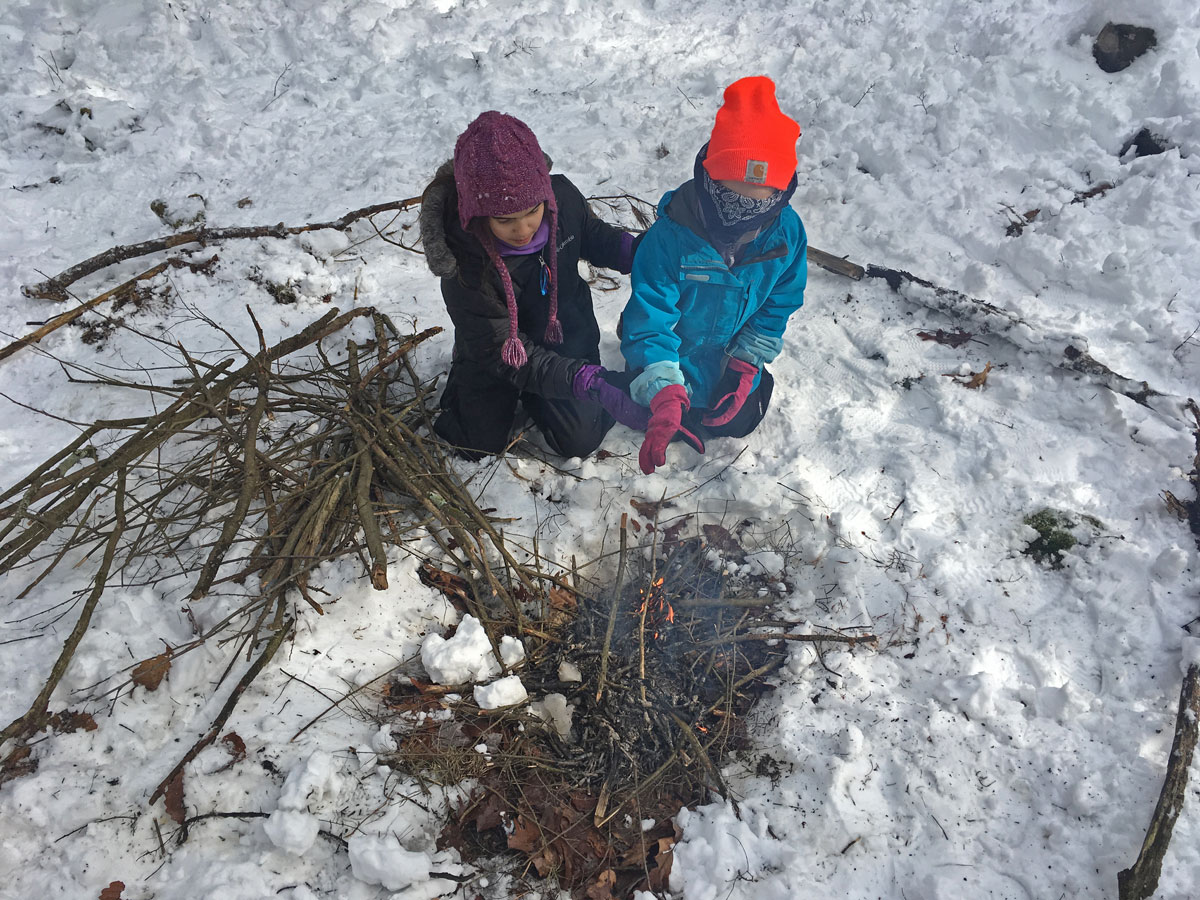 In the morning, the Red Squirrels were challenged to make their own fires and then, while blindfolded, throw snowballs into the other team’s fire, with the goal of putting the fire out. The blindfolded girls were guided by their friends and instructed on where to get snow and where to throw it. The girls were great sports and displayed tons of skill in clear communication and awesome fire building!

The White Tailed Deer also played snow games, building forts and enjoying a massive snow ball fight, kids against adults! They broke bread together with our beloved elder, Paul Tobin, and enjoyed a fun day of games and snow play.

The Grey Wolves had a totally new to Wild Earth challenge that was based around Wilderness First Aid. The girls learned how to make a stretcher with found materials, as well as how to organize themselves into a cohesive team to deal with a mock emergency that their instructors presented them with. The girls fully jumped into role playing this and wowed the instructors with their efficiency and calm organizing. They are going to be great Wild Earth instructors one day!

We then enjoyed an afternoon of skills and fun like making coal burned spoons, working on a snow fort, making baskets and carving. I can’t think of a better way to have spent this snowy day and eagerly await the next one!

Until then,
The Artemis Crew! 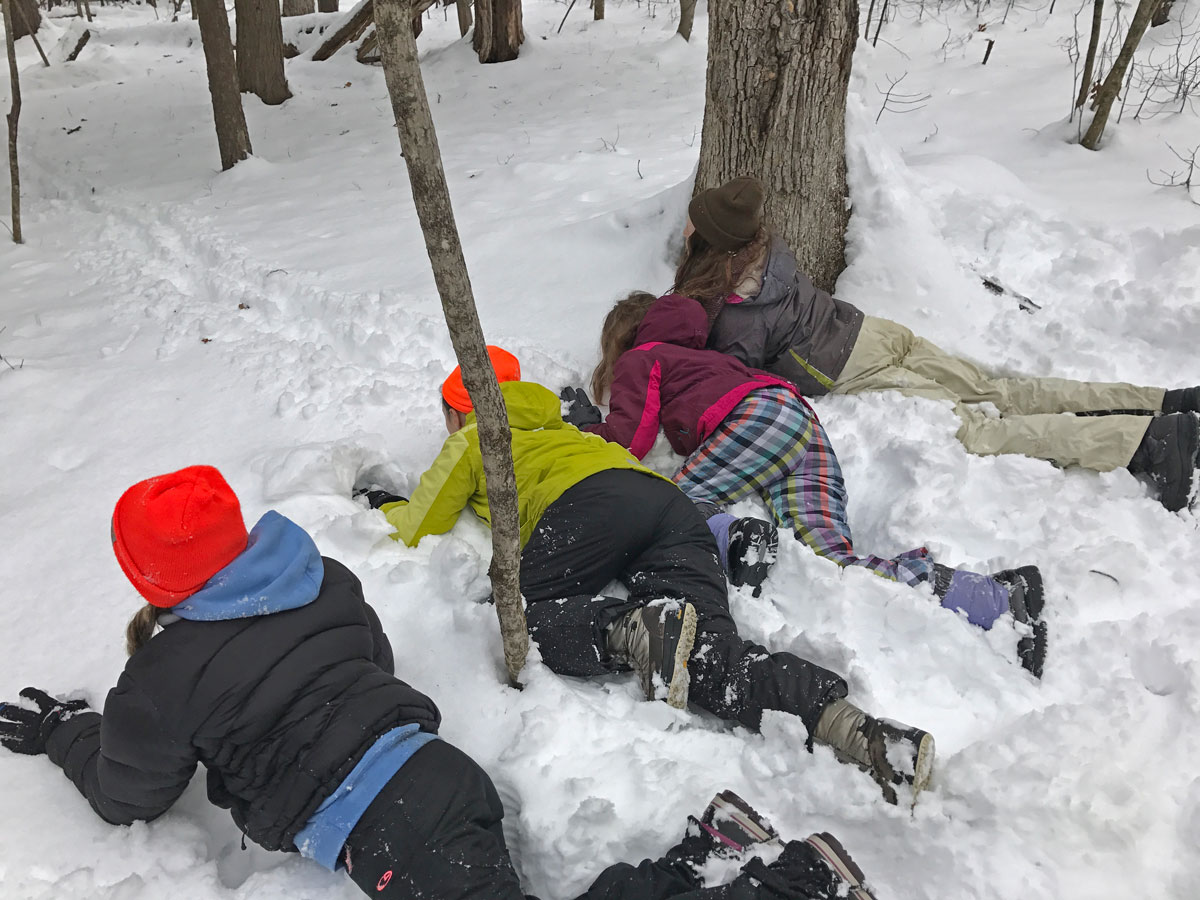 A lot of playing in the snow!! 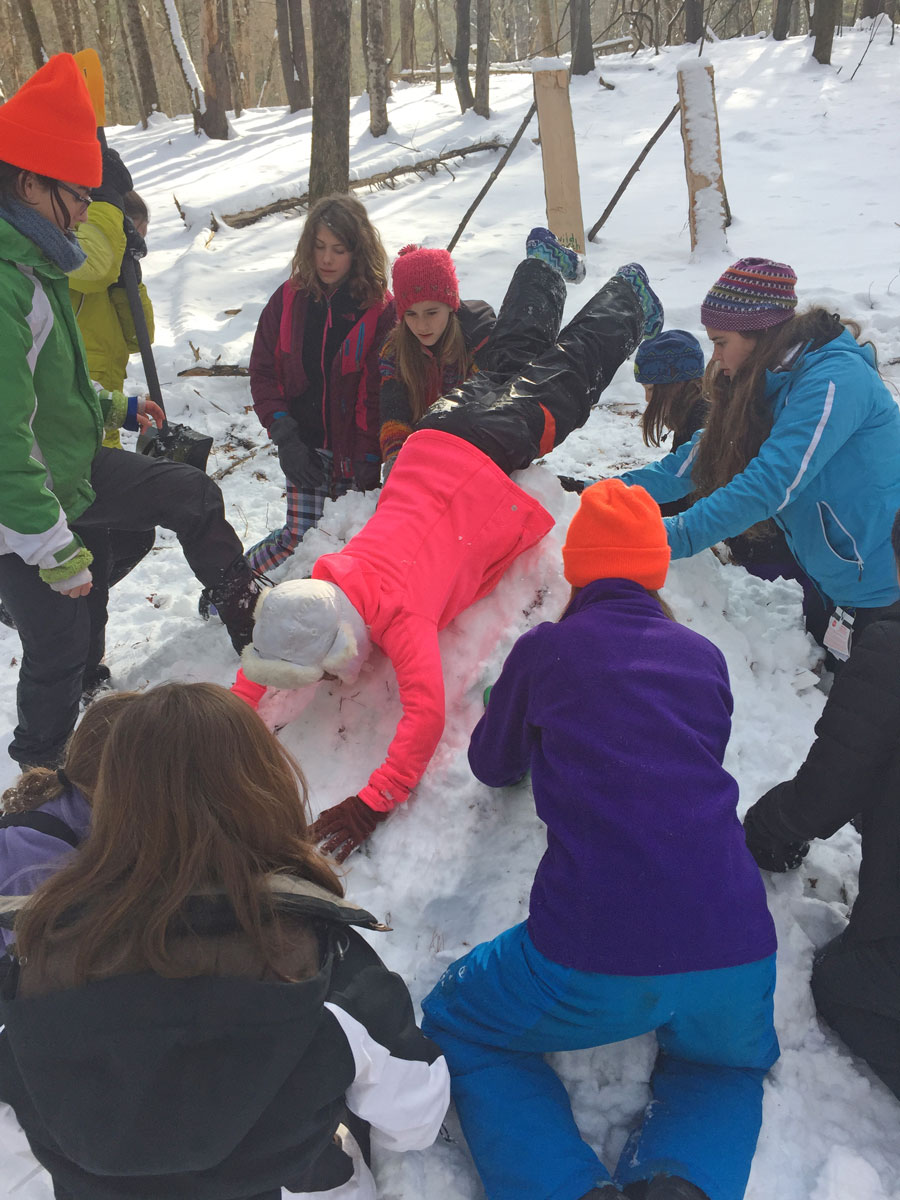 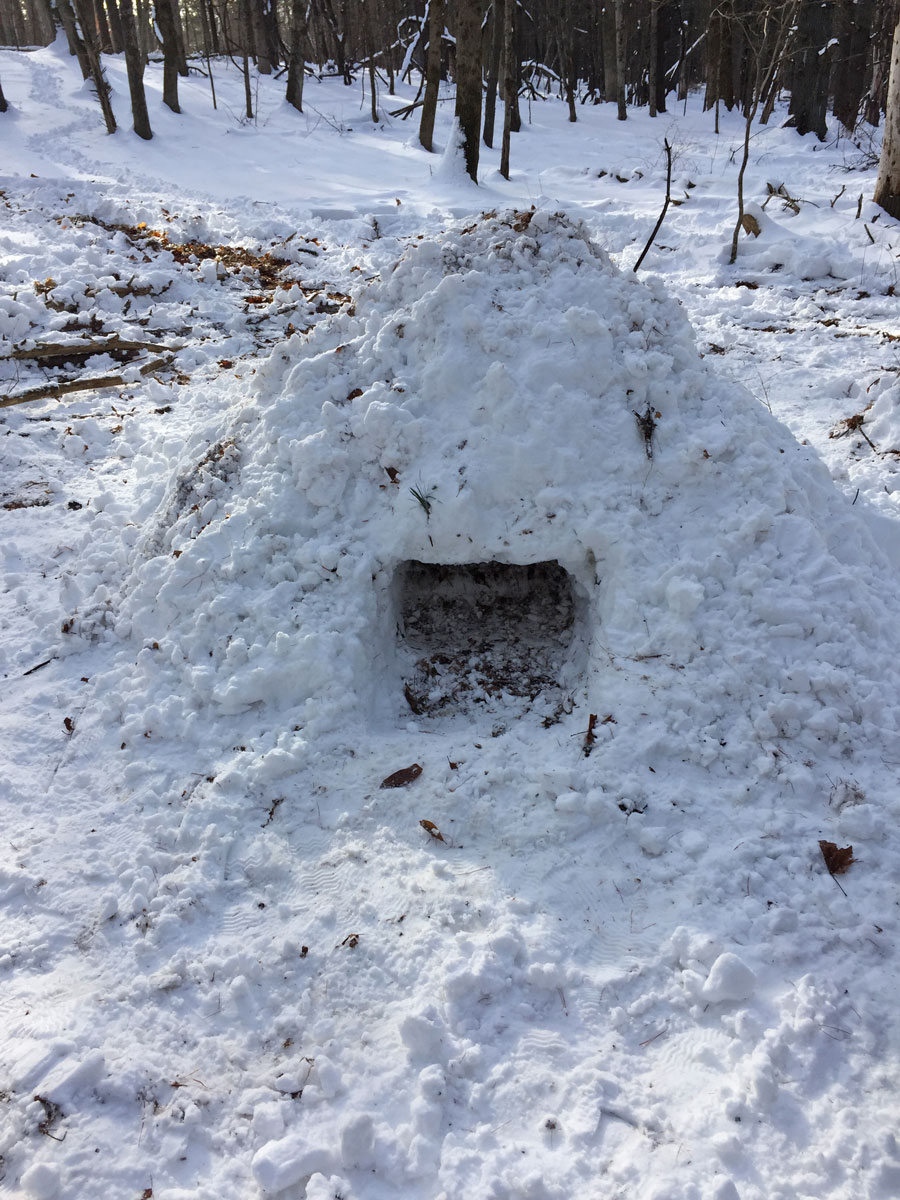 Our finished quinzhee (a snow shelter made by gathering a large pile of snow and then hollowing it out.) 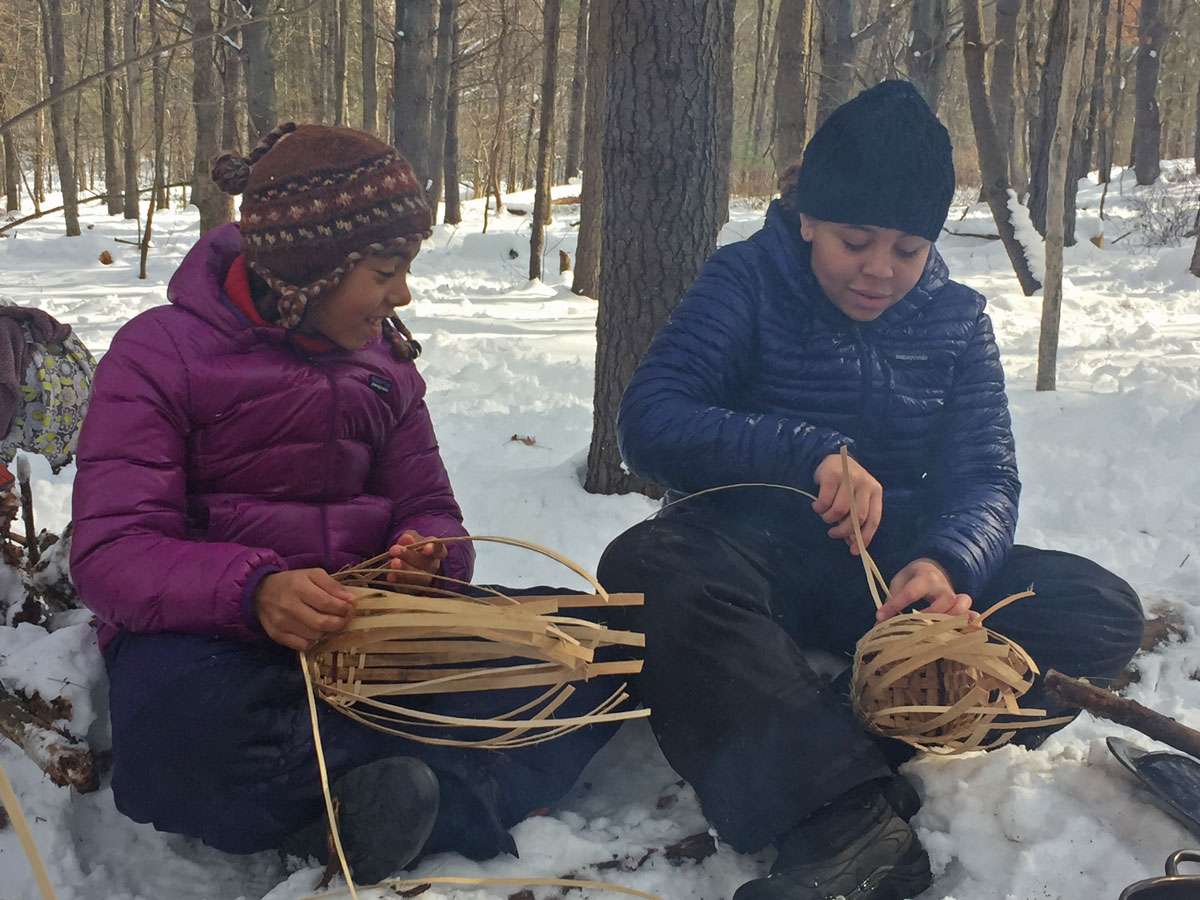 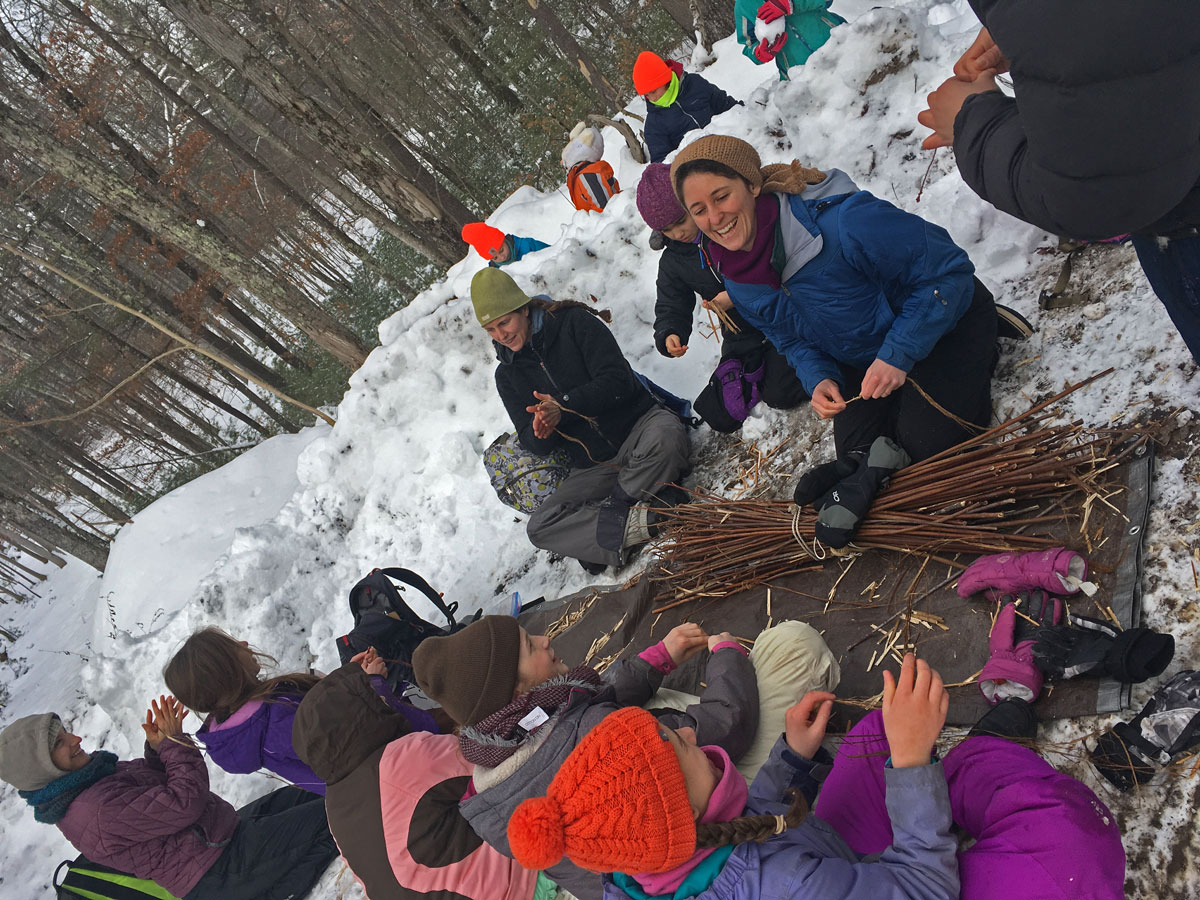 Making dogbane cordage in the morning 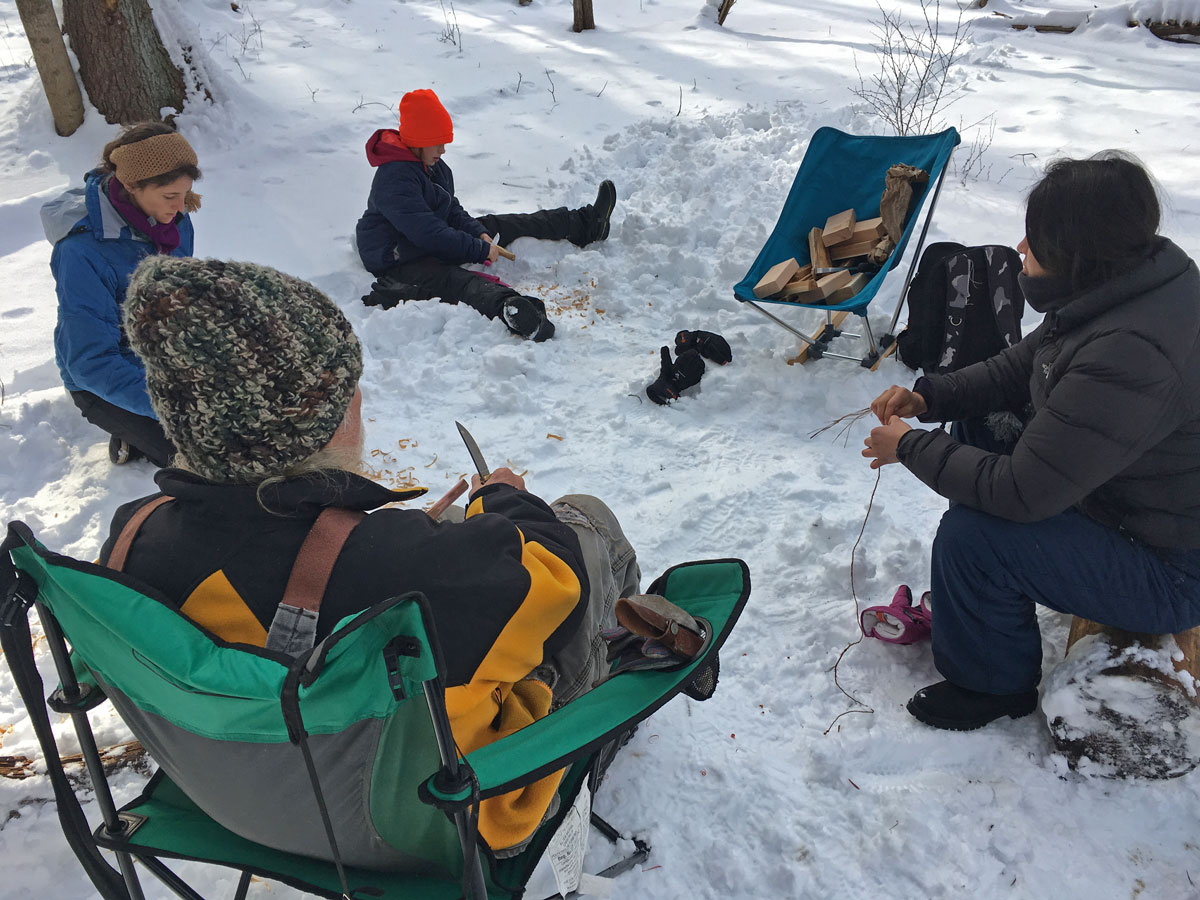 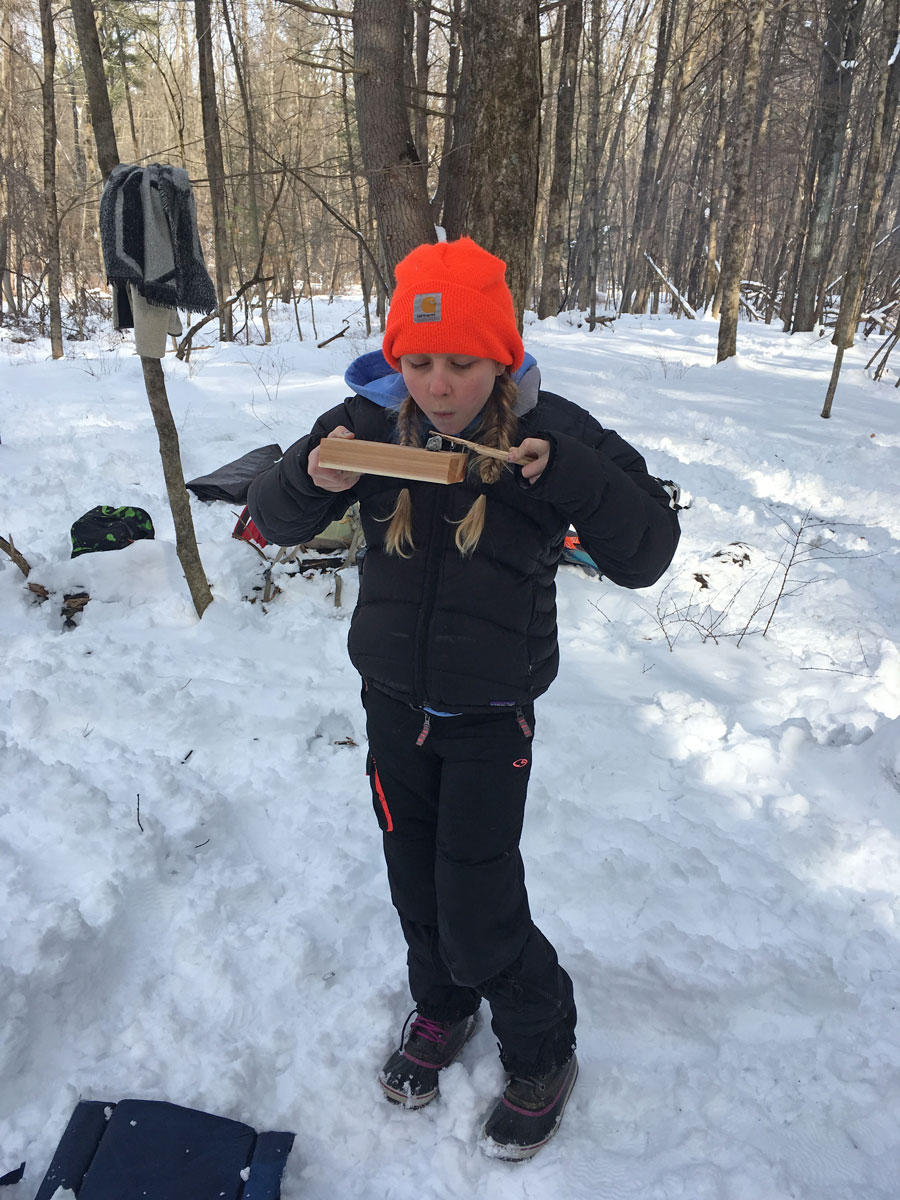 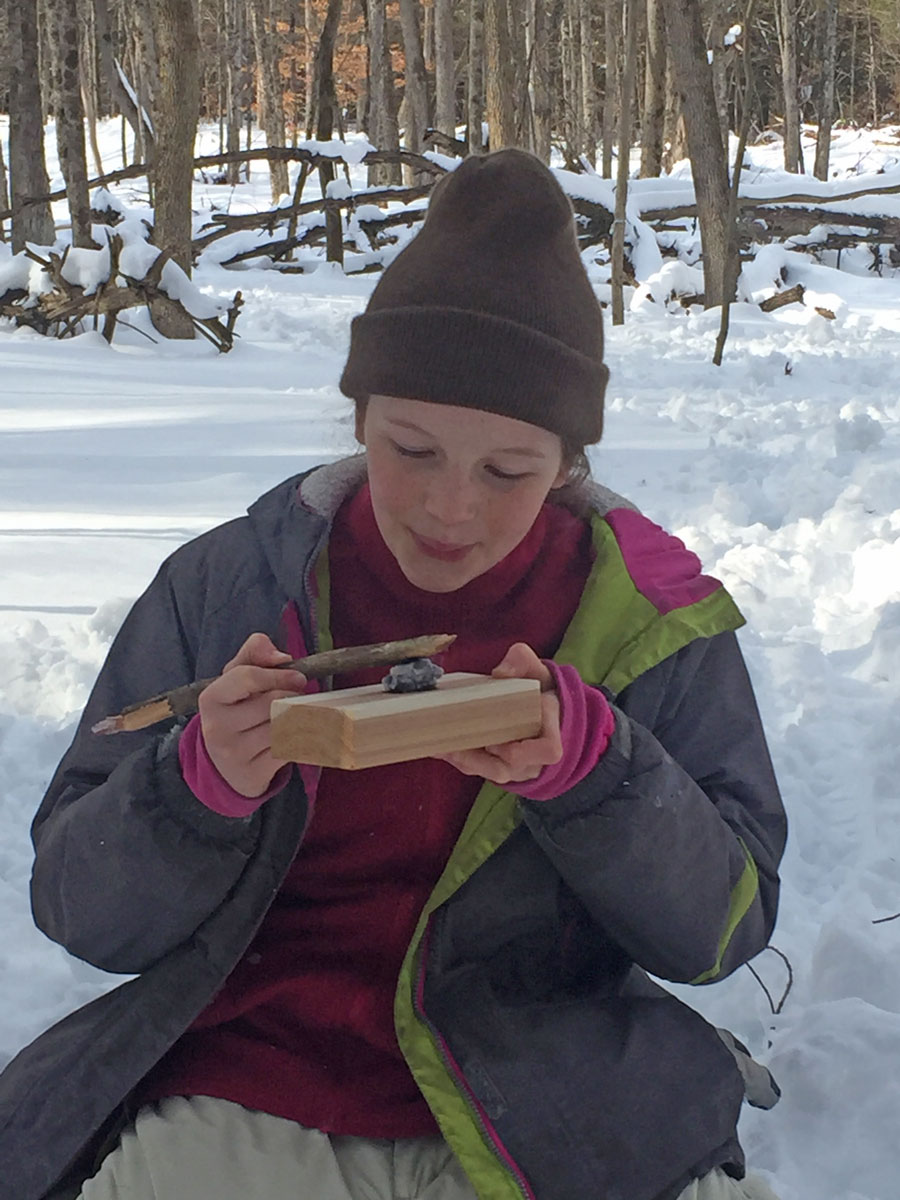 Mai grew up in southwestern CT, where she spent her days clamoring across barnacled boulders lining Long Island Sound, and capturing crickets to feed to her leopard frogs. She studied acting at Emerson College and graduated from Hampshire College with a self-designed B.A. in ecosystem mimicry agriculture and community circus theater. Alisha Mai has run nature-immersion programming since 2008, with Vermont Wilderness School, the Institute for Natural Learning, Wolftree Programs, White Pine Programs, and most recently, Wild Earth. Mai enjoys working with girls and teens, and incorporating physical play into her programs. She draws upon her background in theater and circus to create zany and magical experiences in nature. Alisha Mai is certified in Wildlife Track and Sign (Level II) through CyberTracker, and is a Wilderness First Responder. She teaches vinyasa yoga and aerial silks, and studies at Circus Warehouse in Queens. More about Alisha Mai's work.