Home » Blog » This would have been impossible without your generosity.

This would have been impossible without your generosity.

Here at Wild Earth, we believe in the many benefits people receive from nature, both children… and adults. We also believe that no person should be kept from the outdoors and our programming due to financial hardship. We do our best to ensure our programs are accessible to everyone.

Below is just one story about a single parent and their child and the benefits they both received — all made possible by the generosity of people like you. 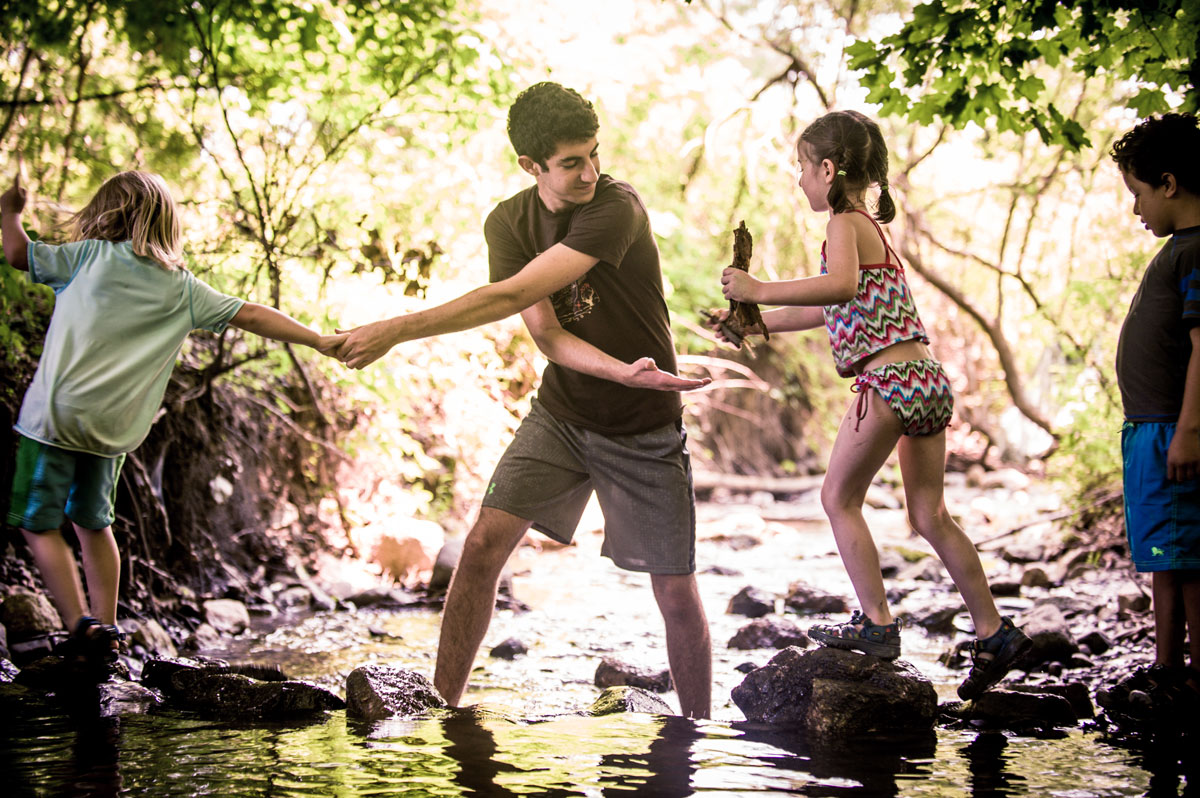 “He is so lucky, he gets to do this everyday”, the envious thought about my son crept in as I sat around a circle with other freshly decompressed adults at the closing of the first ever Wild Earth Parent Camp.

The language of the trees, earth, sky and waters all foreign to me–maybe even scary.

Now it is where I most feel at home and that is due in part to a fairly spontaneous decision to move out of New York City thirteen years ago. Leaving behind a stable and successful job in Advertising to venture into a new, more simpler life in New Paltz, where I would return to my first passion of making art and spend more time in nature.

The other paramount decision that lead to this rewarding relationship with nature was the decision to enroll my son in, what at the time felt completely mysterious, weird even, was this intriguing camp called Wild Earth. There was something about it that called to me!

I was drawn in by a mysterious pull to Wild Earth but as single parent, I couldn’t afford it.

Having recently become a single parent, I was in a tailspin of financial instability, something I still navigate to this day, but I knew I had to make it work. 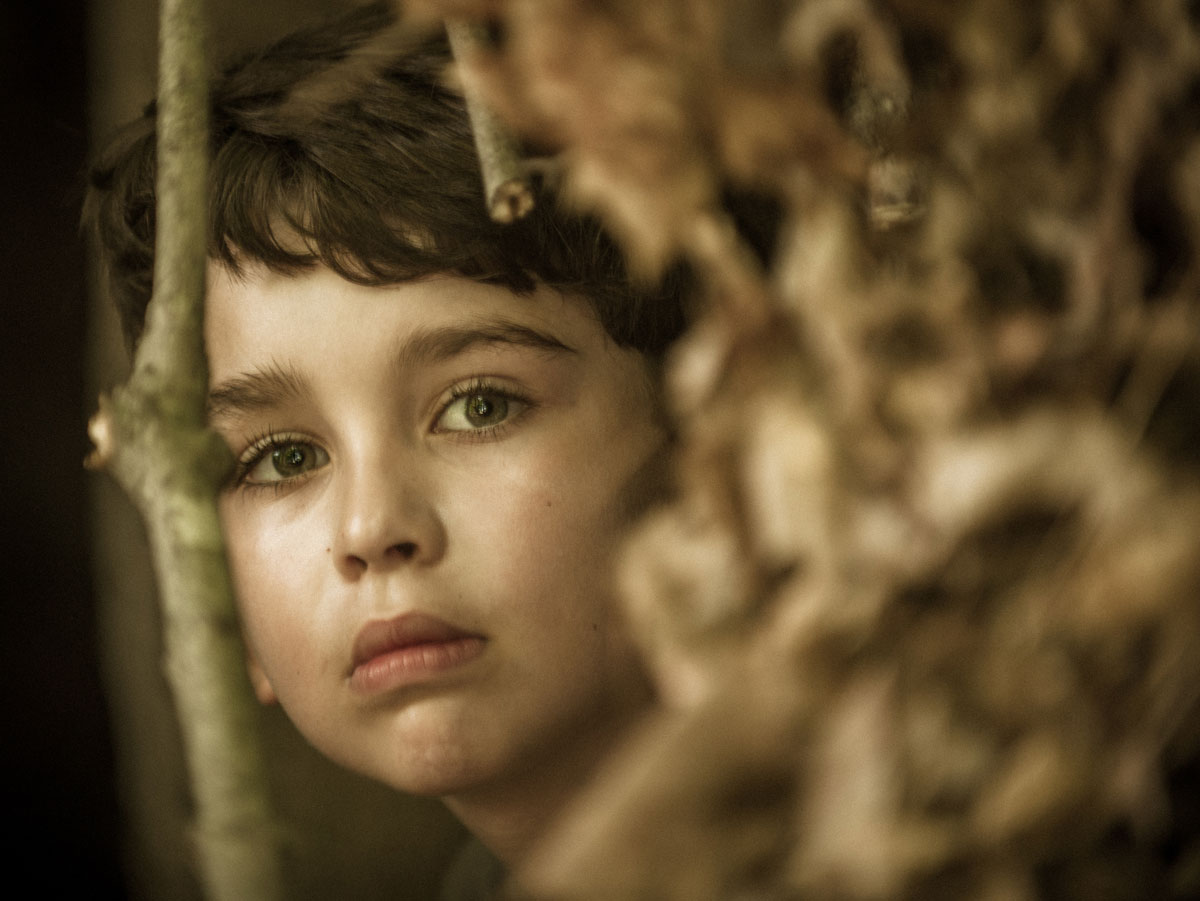 The more I learned about Wild Earth, the more committed I became to making sure he participated. The community that surrounded Wild Earth appealed to me, just as much as the unique programming.

The costs were beyond my minimal budget, but as each year passed it became increasingly imperative that my son develop an internal baseline stemming from nature, a place within himself that he can always tap into and fall back on as he grows and evolves. Never having been in the position to ask for financial assistance, I reached out to Wild Earth to ask for a scholarship. Now we are in our 7th year at Wild Earth.

Participating in Wild Earth would have been totally impossible without the generous support of the Wild Earth financial aid funds.

Not only has it given my son the opportunity to relate to the world through the lens of nature- honoring, respecting, playing, nature as teacher but, it is also the safety of feeling truly supported by nature, that has made all the difference.

Like the concentric rings of a water ripple it reached and touched me in a gentle and profound ways, it’s given me a second chance by exposing me to world of plant studies, tracking, storytelling, naturalist skills, philosophy and spirituality. 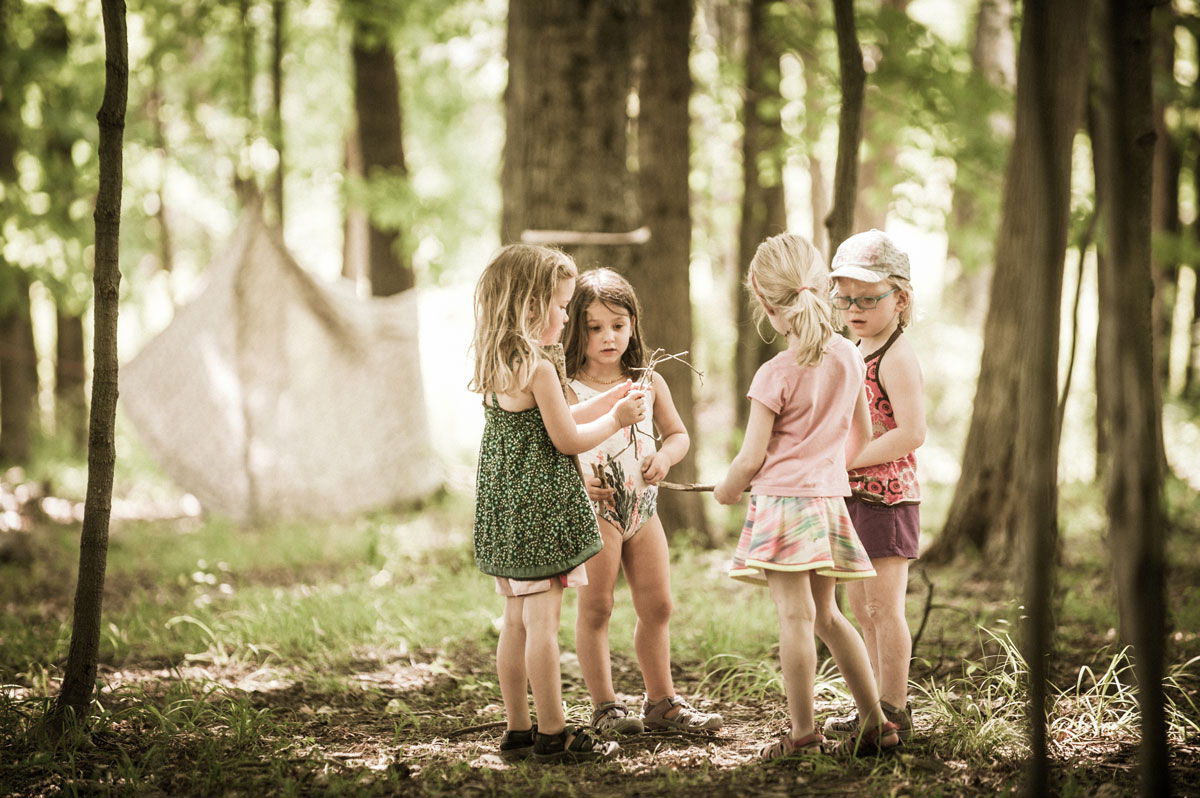 At Wild Earth, I’ve never felt anything other than welcome.

The staff at Wild Earth has been incredible. Never once in my 6 years as part of the Wild Earth family have I been made to feel anything other than a welcome member, even though my financial situation has made me feel incredibly awkward.

Nothing compares to the moments over the years, when I’d overhear my son singing Wild Earth songs in the shower. Or when he spontaneously asks if we could sing a Wild Earth song at dinner. Or the glow on his face (mud covered of course!) after a day in the woods with Wild Earth, the light in his eyes retelling an adventure or game, or his determination to make a bow drill friction fire in the yard way into the night.

The confidence that my son has developed has been such a gift.

He now has a confidence derived from a nature knowledge and its metaphors for life – something that I would never have been able to provide him.

My son now looks forward to being a counselor one day. Even just this morning as I readied myself for Wild Earth Parent Camp Day, he was so excited and made sure I knew everything about knife safety in case I wanted to carve. Did I have enough water with me? Was I going to swim?

So today, I was able to forget about all the things that do not really define me and reconnected with what does. The joy of playing, connecting, observing, with others and with nature. Running, quietly walking, hiding, pranking, talking, eating, learning, listening, resting, crafting in the woods and all the reminders of daily life fall away. Not him….but me! Today! At Wild Earth Camp Day for Parents!

That is something on a very deep level I am so thankful for because not only will it be something that I will always share with my son, but it is a way of experiencing life that can never be taken away. And really, what bigger gift can I have ever given my son?

If you believe in Wild Earth’s mission and programming, please consider making a donation to support those who might not otherwise be able to participate due to lack of funds or financial instability. Your generosity can ensure that everyone has access to nature and the outdoors and its undeniable benefits. 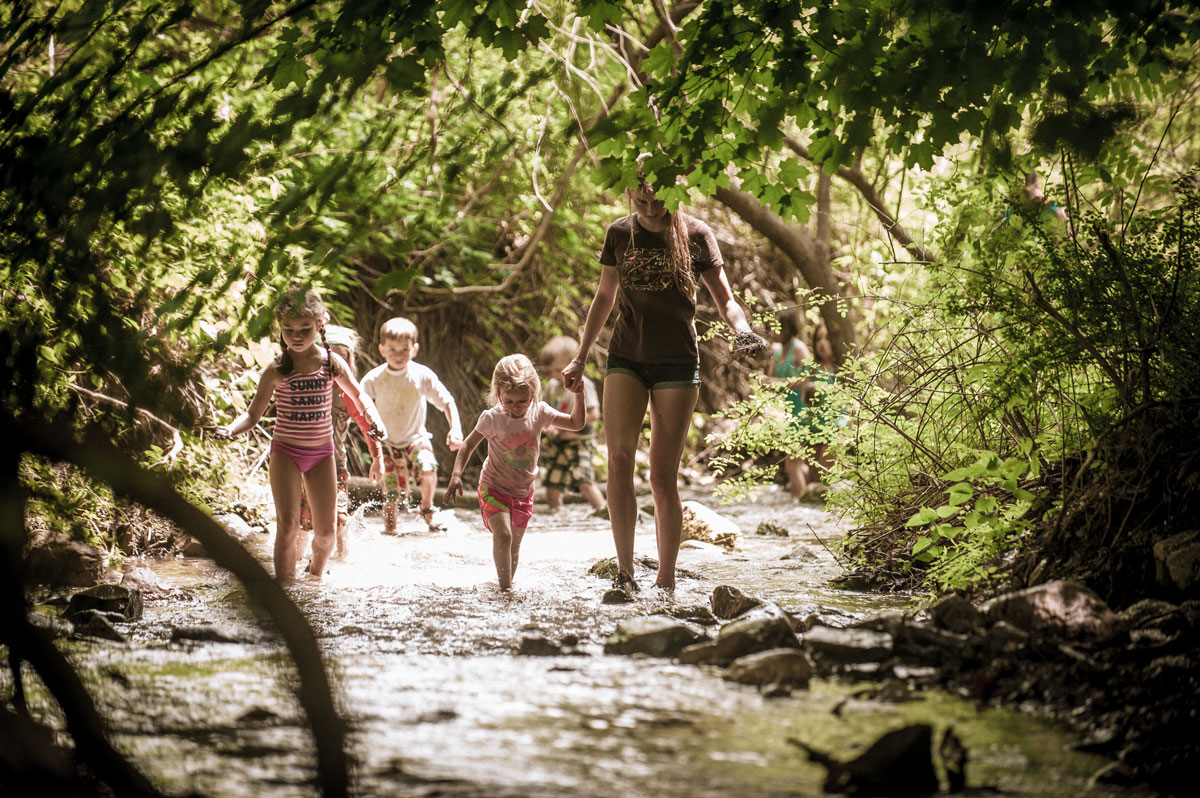 As a child Simon spent countless hours exploring the forest, streams and wetlands of his neighborhood in NJ. Simon has a B.S. in Environmental Studies from the University of Vermont where he focused on the relationship between a healthy human psyche and a vibrant natural world. He has staffed and studied with various wilderness schools throughout the Northeast including the Institute for Natural Learning, White Pine Programs and the Vermont Wilderness School. When he’s not in the woods, Simon is designing and building websites and other internet solutions. More about Simon's work.